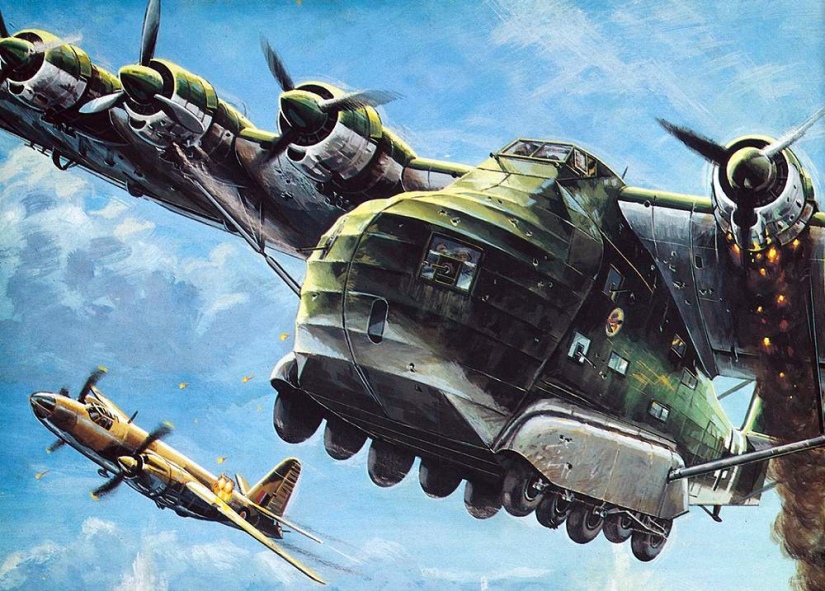 A Führer conference in May discussed the heavy air attacks and noted the loss of a pair of Messerschmitt Me 323 Gigant transports near Alghero, Sardinia.

– Excerpt from Eagles over Husky

A development of the Messerschmitt Me 321 heavy glider, the Me 323 Gigant (Giant) was the largest transport aircraft of the war. They were first deployed in the Mediterranean, where they helped establish German and Italian forces in Tunisia in the wake of Allied victories in Operation TORCH and at El Alamein. These aircraft took on even greater importance as the Italian merchant fleet dwindled in the face of Allied naval superiority in the central Mediterranean.

Months later, when the Allied navies sealed the Sicilian Strait, these same transport aircraft attempted to maintain an air bridge between Europe and Tunis. They paid a dear price for their efforts. On 22 April 1943, a formation of 27 fully-loaded Me 323s was nearly wiped out when its Bf 109 escort was overwhelmed by seven squadrons of Spitfires and P-40s. Twenty-one of the transports were lost at a cost of just three P-40s.

The German transport fleet (Ju 52s and Me 323s) played an important role during Operation Husky. They airlanded the 1st Parachute Division in Sicily just in time to thwart General Montgomery’s push to Catania and Messina. The transport crews took another thrashing for their efforts and the Germans withdrew them after losing 10 percent of the force to RAF Spitfires on 25 July 1943. By the end of 1943, the Allies had decimated the German transport force and air mobility ceased to be a meaningful Luftwaffe capability.

Type: five-seat heavy transport with accommodation for 130 troops or 10 to 12 tonnes of equipment 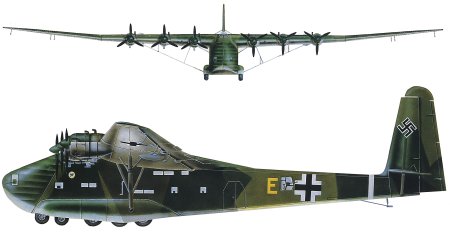 The following Luftflotte 2 units flew the Me 323 Gigant during Operation HUSKY: